10 Questions with Harder Than Walking

10 Questions with Harder Than Walking 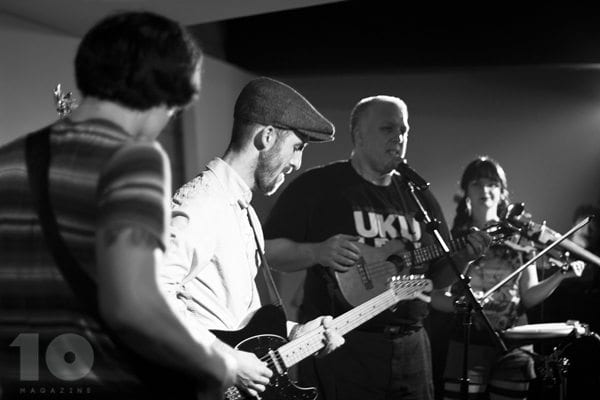 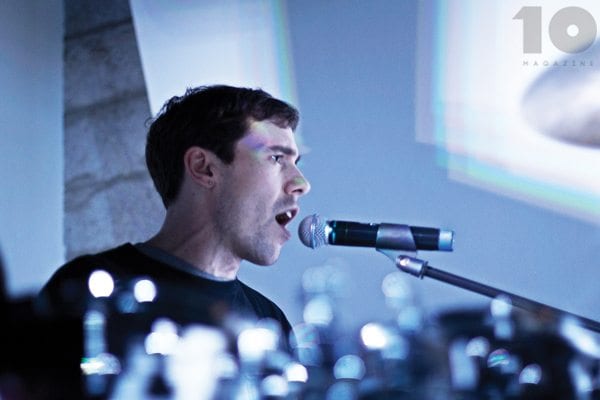 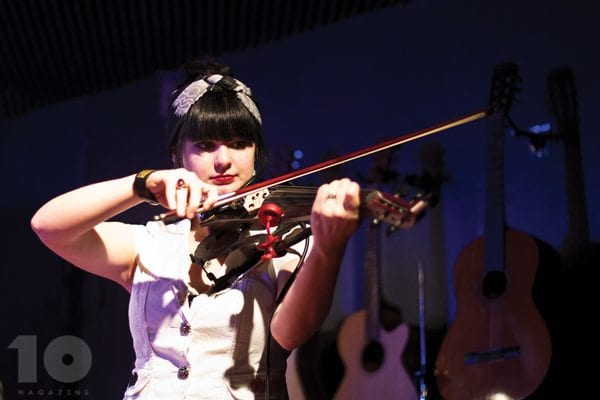 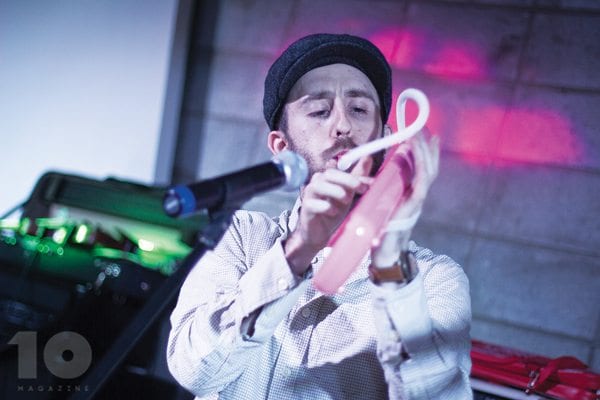 Listen up now – “10 Magazine” is here to regale you with a tale of life in the heartland that should soothe the soul and quicken the step. It appears as though there’s definitely indie music life far from the confines of the burgeoning Seoul non-mainstream milieu…as far as Jeonju in fact. OK, there’s also some serious indie music happening in other points south and east, but for the purpose of this tale, Jeonju is where it’s at.

Harder Than Walking has been Jeonju’s own “go-to” band for a couple of years now, operating as a core repository of expat-inspired tune-smithing through numerous personnel changes and artistic incongruities. They have now consolidated around a quartet format that serves as the bedrock upon which they deliver their uniquely idiosyncratic musical and lyrical melange.

“10 Magazine” caught up with the group a little while ago before their gig at Radio Star (long Jeonju’s live indie music bastion) as they prepared to open for The Primary (another premium expat indie ensemble from Cheongju) and tossed a few questions their way. 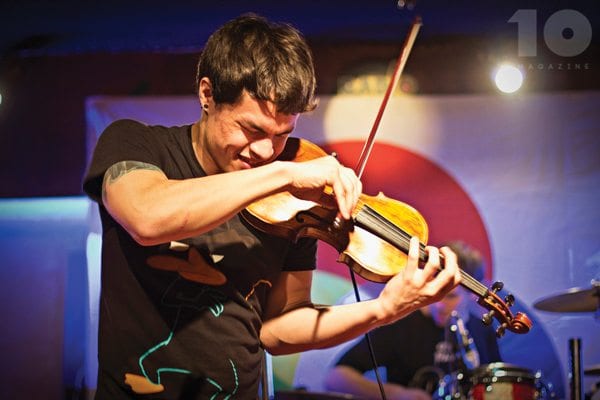 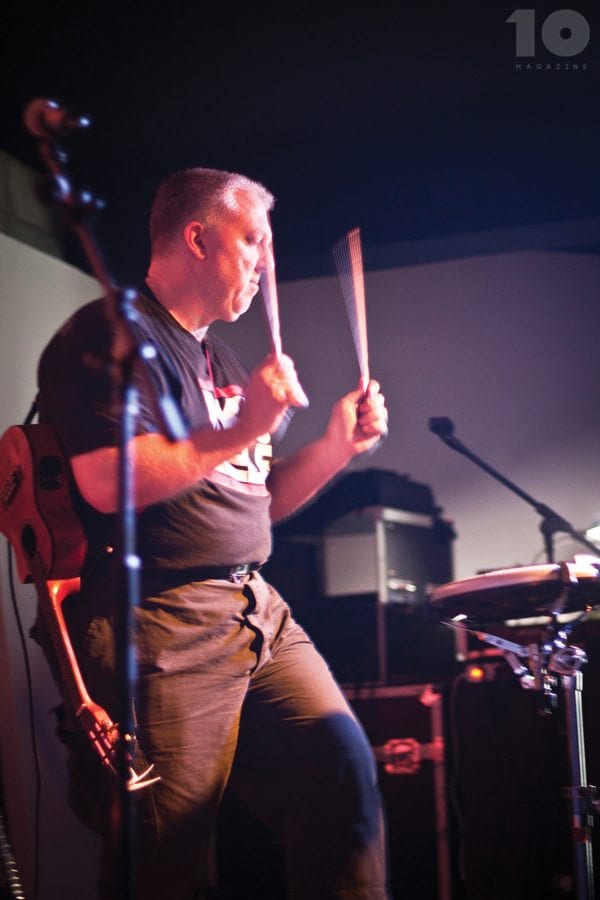 1. So, very good to be here and see a really original expat band in Jeonju; can you tell us how the band got together?

Well, we were originally The New Originals a couple of years ago and were essentially a cover band based here in Jeonju. A number of our members finished their teaching contracts and left Korea; Linus, Ryan, and Cristen continued playing together. We changed the name at that time because of all the changes.

2.Where is everyone from? What are some of your musical backgrounds and influences?

This iteration of the band is basically all from America; even Bobin, our Korean member, lived in America for a few years. While we don’t stray much from the standard rock genre, our approach to writing new songs is predicated upon “What haven’t we tried yet?” As for background, our influences are wide spread from classical and folk to jazz (especially Ryan).

3. A big question all bands face here, is what are some of the negative issues you face in this kind of environment?

The biggest problem working in such a transient environment as teaching English in Jeonju is everyone’s temporary status; it is really difficult to get any kind of continuity. We’re always counting down the months until someone has to leave… and I know this isn’t just an issue we face – I think most expat-based bands go through it.

4.What about the particulars of life as an expat band in Jeonju?

Well, a big thing is that it’s difficult to break out of the expat community. It’s nice being the go-to opener band when another foreigner band comes to town, but from what we’ve been told, Korean bands don’t want to (usually) play with expat bands (there’s still some division in the Korean indie music scene and this lack of cohesion is something that’s holding the scene back…it’s getting better, but there’s still a ways to go). Also, our inability to fluently speak Korean has been a barrier, but we are seriously working on this.

5. Well, this brings up another point related to the Korean indie music scene in general: what other thoughts do you have on the scene and where do you see it, now and in the future?

The Korean indie music scene is definitely moving in the right direction… there are some seriously good – even great – new bands (Korean, expat, and combinations) emerging all the time. From what we’ve seen, the variety and skill level is improving rapidly. The biggest hurdle seems to be the concert scene. We’ve all been to some excellent concerts in Jeonju and Seoul, and been extremely disappointed by the number of people in the audience; I don’t know if it’s bad marketing or a general lack of interest in live shows, but something definitely needs to change!

[This point touches on the whole question of marketing, promotion, and the public/artistic profile of the Korean non-mainstream/indie/alternative music scene in general; a major – and justified – complaint is that the Korean media on the whole is so wrapped up in supporting and showcasing/promoting K-pop and its derivatives, that it does nothing for – and is not interested in – non-mainstream independent music as a rule. The recent lack of coverage of the Zandari Festa (which was fantastic!) was a prime example of this.]

6.We understand that you’re working on your first all-originals album; along with this, what are some of your hopes/plans for the future?

That’s right – we’re working on an EP right now, and hopefully it will be out this fall. We plan to play a number of festivals throughout Korea over the next few months (some already played) so we can meet and perform and jam with other bands, both Korean and expat. A couple of us are considering a move to Seoul to meet and perform with some of the great musicians we’ve met from there…getting the EP done is first on the list, though!

7.So, how is the recording coming along?

Well, it’s coming…(laughs). The biggest problem is scheduling; half of us are public school teachers and the other half work in hagwons…even our recording engineer teaches at a university in another province.

[We are pleased to report that since the interview the 6-song EP has been finished and is available now; there is a listening/download option on Bandcamp]

8.Apart from the obvious focus on your music and lives in Jeonju, what other observations do you have of creative/artistic developments in Korea?

Love Korea! However, while it might be different in Seoul, I wish there was a more widespread interest in anything not mainstream countrywide; not just indie music: poetry, traditional Korean music, extreme sports; you name it. Seeing more variety in artistic, social, and creative areas in such a homogenous country would not be a bad thing.

9.Since you are an expat music collective playing your trade in an often under-represented Korean indie scene, are there any other bands working in the same field you like, and could recommend?

We really owe a lot to Park In-yeol. He’s the owner of Radio Star and he’s helped us out more than we can say. He’s helped find members of the band; he helps us find and organize shows, and lets us practice at Radio Star…we can’t thank him enough!

Harder Than Walking are now onto their next stage in their musical journey. With a solid pedigree now underpinning their not-inconsiderable assemblage of talent, a finely-tuned group ethos, and a distinctly noteworthy and eccentric EP ready for public perusal, it looks as though their path won’t be “harder than walking” after all.

For more information about the band and to check out their EP release, go to:

You can also check out some older performances on YouTube.