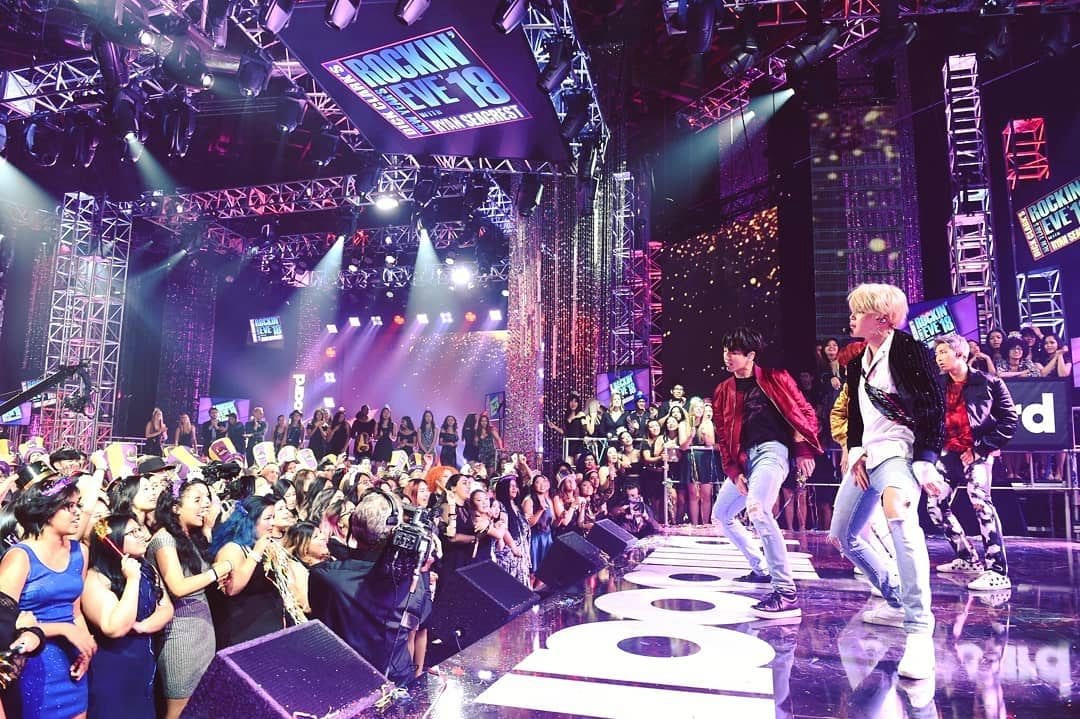 This past year, Bulletproof Boy Scouts (BTS), became the first ever K-Pop act to perform at the American Music Awards. Their performance wasn’t a coincidence, in fact, it was a sign that K-Pop had finally arrived on the world stage.

Thanks to the boys’ global success, it won’t be long before others follow their lead. With that in mind, here are 10 Korean artists to watch out for in 2018 (in no particular order).

Note: The article will focus on a variety of K-Pop artists including idols, ballad singers, rappers, etc. 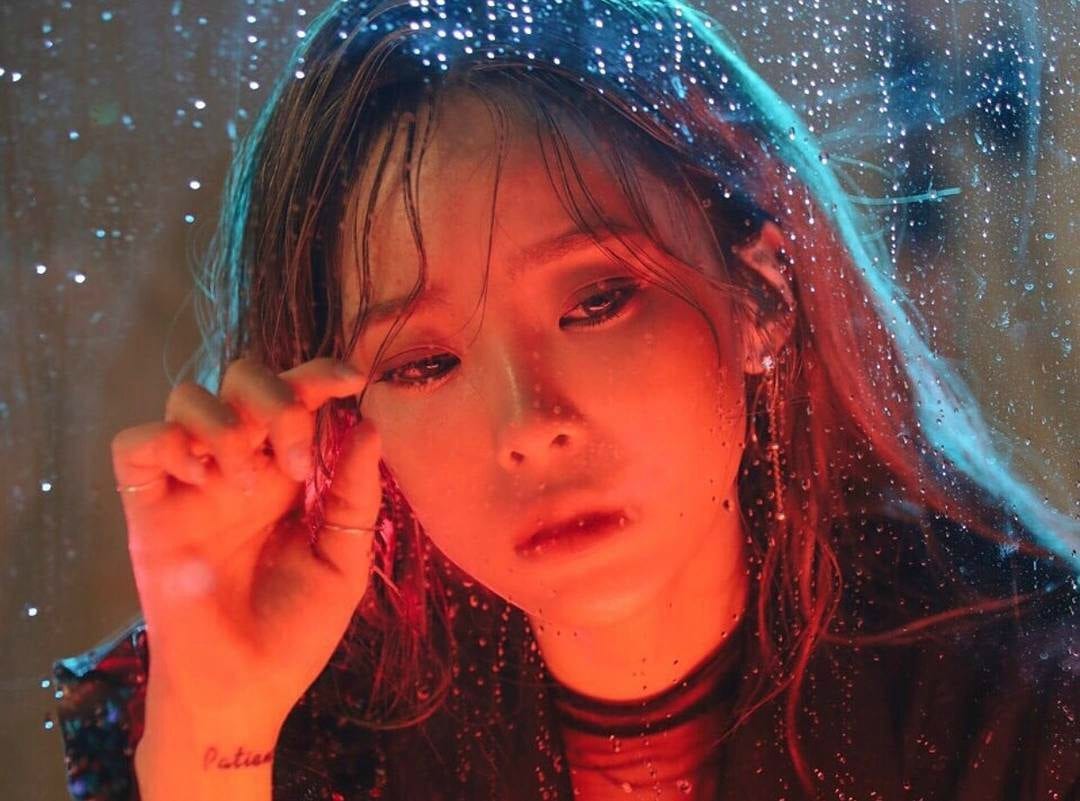 With her soulful, yet soothing voice, Heize has established herself as one of Korea’s most versatile artists. Her appearance in the second season of hit reality-show Unpretty Rapstar shot this multi-talented jewel to fame. At the tender age of 24, Heize has already released four number one singles and seems ready to dominate the industry for years to come.

Not only does Heize pen her own lyrics, she’s also an accomplished rapper, skills which allow her to explore various genres. One track may have you feeling teary, while another will make you want to bust a move. More importantly, Heize represents the modern day Korean artist; she spent years perfecting her craft as an underground rapper/singer before her mainstream debut.

“Round and Round” (feat. Han Suzy)

Packing a big voice in a slender body, Lee Hi is fast establishing herself as the queen of Korean R & B. Her debut single “1, 2, 3, 4” was released in 2012 and reached number one on Korean music charts within one week.

Following the success of her debut, Lee Hi has taken time to remake her image from an innocent young girl into a vocal powerhouse. Her performance of the song “Breathe”, (written by the late Kim Jonghyun) at the 2017 Golden Disk Awards, received widespread acclaim for its sincerity and emotion.

After appearing in the public spotlight at the age of 16, Lee Hi’s years of vocal training under powerhouse agency YG Entertainment have paid dividends. Lee Hi has a gift for understanding the strengths and weaknesses of her voice, which ensures that every song she performs is perfectly suited to her tone. She’s also a frequent collaborator with hip-hop icons such as Epik High and Bobby. 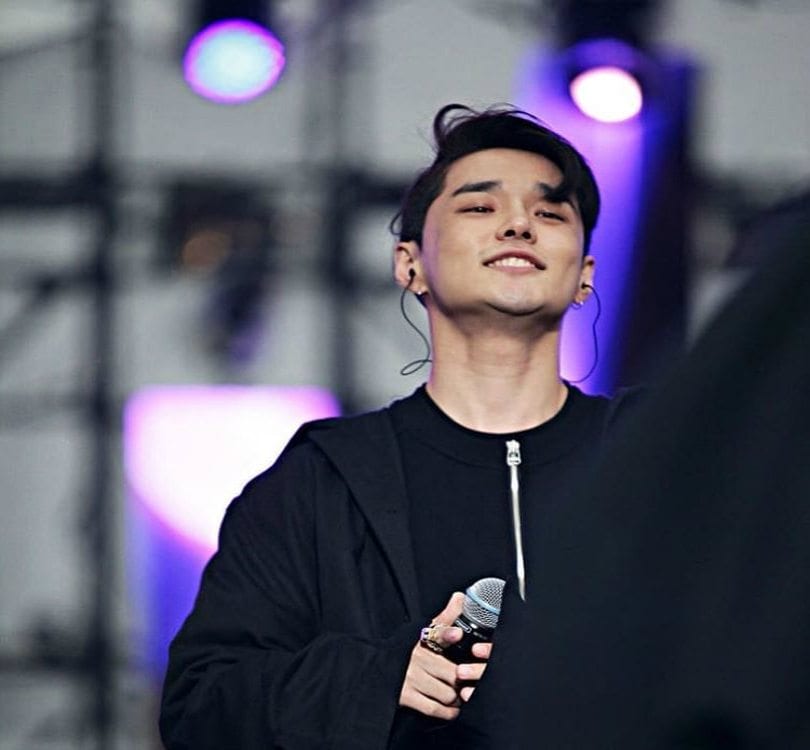 Just like Heize, Dean was a musical prodigy who spent years working behind the scenes before finding mainstream success. However, unlike most K-Pop artists, Dean began his career by debuting in America, instead of Korea.

Before debuting, Dean was an accomplished producer and songwriter, working with the likes of Keith Ape and EXO. Dean’s second single, “Pour Up” (Feat. Zico), won the award for Best R & B Song at the 2016 Korean Music Awards. Also, he’s a regular collaborator with other stars such as Crush, Taeyeon, and Heize.

His smoother than velvet voice and sexy persona have prompted critics to compare Dean to a younger Usher. Not only does Dean have a refined voice, but his production skills are impeccable as well. Every one of his songs seems to begin with an extremely catchy instrumental; instrumentals that are worthy representatives of alternative R & B. 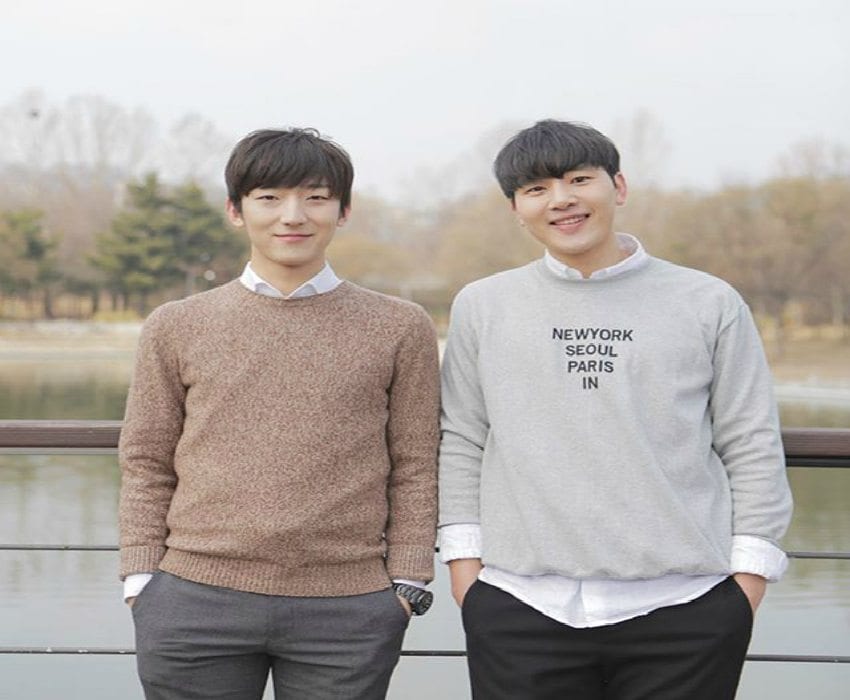 When they debuted in 2015, Melomance was just another ordinary ballad act. However, with the release of the hit single “Present”, 2017 became their breakout year. “Present” amassed over one million downloads and won the award for best Indie at the 9th Melon Music Awards. The duo consists of one vocalist and one pianist, which allows them to keep a balance between indie and ballad.

If you want songs that will have you reminiscing about that special someone, Melomance is for you. Kim Min-Seok’s voice possesses the rare ability to combine technique and raw emotion, while Jeong Dong-Hwan’s light notes on the piano will uplift your spirit. Considered the hot new act in ballad music, expect to see Melomance gracing the soundtracks of upcoming Korean dramas.

“I Will Be By Your Side” 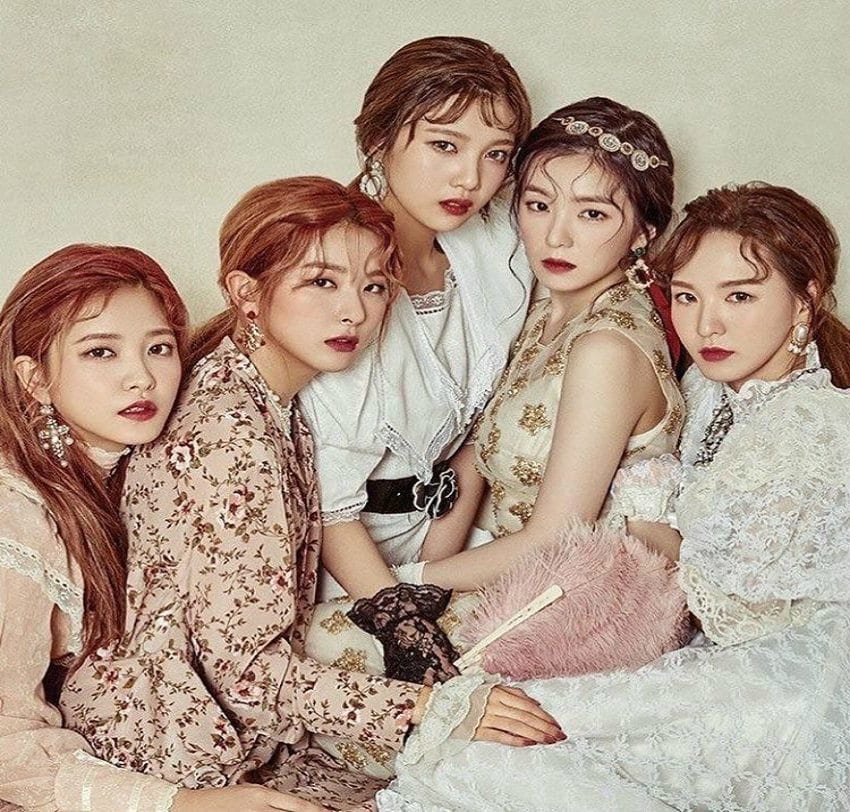 Under the tutelage of the legendary SM Entertainment, Red Velvet represents the next generation of girl groups. This past year, they became the first K-Pop girl group to hit number one on the Billboard World Albums. Consisting of five members (Irene, Wendy, Seulgi, Joy, Yeri), the girls are also active in various dramas and variety shows.

Unlike most girl groups in K-Pop, Red Velvet’s concept is neither sexy or cute. In fact, the name Red Velvet stands for the different kinds of music they wish to create. “Red” represents a cute and bubbly image, while “Velvet” attempts to display a refined and elegant style.

As a result, with each new comeback, audiences never know what side of Red Velvet they will see next. In addition to their attractive personalities, the group’s songs contain complex dance numbers that range from upbeat to slow-paced. 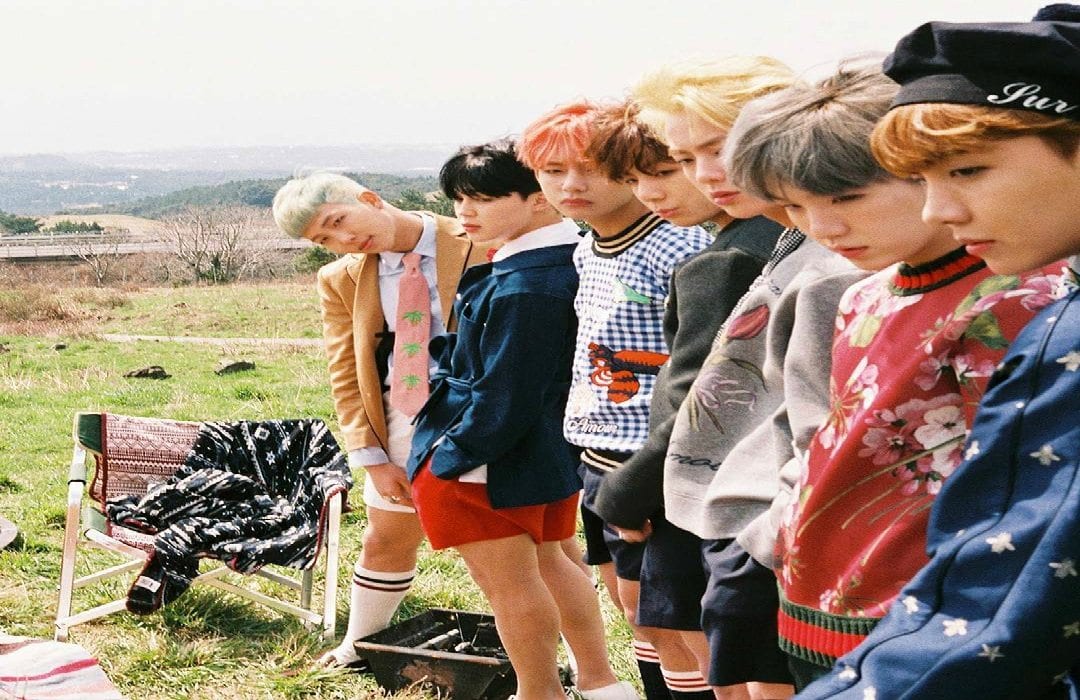 To call these boys the hottest thing in Korea would be a gross understatement. BTS has become a worldwide hit, with the group topping not just music charts, but winning awards for social media outreach. The boys have sold over five million albums worldwide and broke the Guinness World Record for most Twitter interactions amongst musicians.

BTS’ second worldwide tour “Wings” saw the group perform in locales like Brazil and the United States. Thanks to their immense popularity, outlets like CNN and The New York Times have recognized BTS as one of the world’s best-selling artists.

The fact that BTS writes and composes most of their tracks makes their songs more personal and relatable. In a society still considered conservative, BTS received praise for creating songs that dealt with controversial issues like depression, death, teenage angst, etc. This makes the band a perfect match for teenagers navigating the trials of adolescence. Although they initially began as a hip-hop band, BTS has evolved into a group that explores a variety of genres including R & B, EDM, and rock. 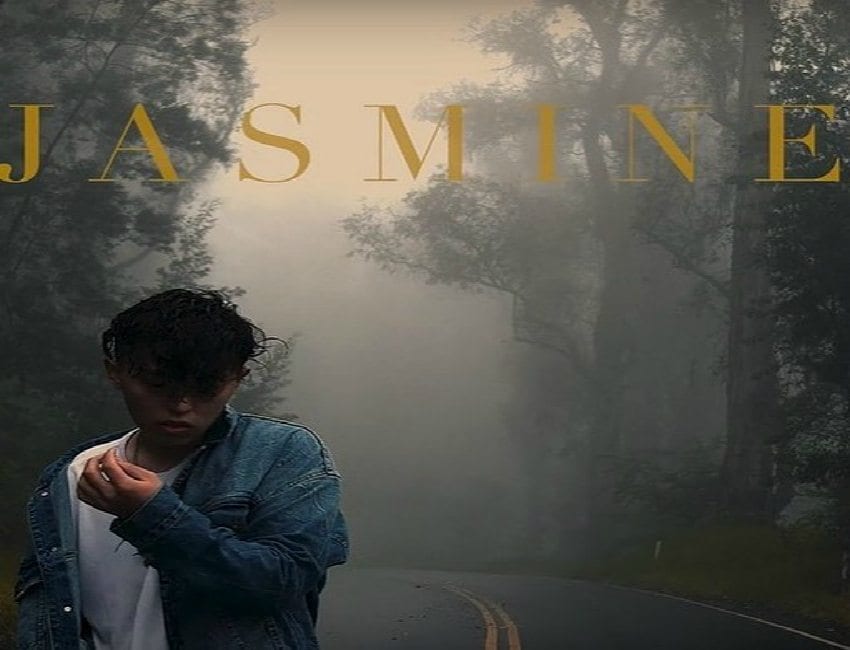 Part of the DPR crew (Dream Perfect Regime), Live is the group’s resident rapper. The crew consists of a mix of producers and musicians, who come together to create independent music that transcends genres. Live’s debut album Coming To You Live hit number fourteen on the Billboard charts. Also, the young rapper has amassed an impressive list of collaborations, including Jay Park and Dean.

If you want someone who focuses solely on making good music and not album sales or popularity, DPR Live is one to follow. The goal of Dream Perfect Regime is to create not just music, but the most imaginative content possible. DPR’s music videos heavily emphasis both the musical and visual elements of production, which makes their work pleasant on the eyes and ears. 2018 is set to be a big year for DPR, with the single “Holiday” (Feat. Suzy) dropping on January 29.

As the winner of the fifth season of Show Me The Money, BewhY has become one of Korea’s true hip-hop gems. At the age of 24, BewhY has already released over 20 singles, collaborating with stars like Simon Dominic. The hit single “Forever” won Best Rap & Hip-Hop Song at the 2017 Korean Music Awards. In addition to rapping, BewhY is an adept piano player and utilizes the instrument to great effect in some songs.

BewhY is an outspoken Christian and many of his songs contain lyrics that refer to his faith. Even if you aren’t religious, BewhY’s lyrics possess a depth of emotion that is usually not present in modern hip-hop. A lot of rappers these days talk about hitting the club or popping bottles, while BewhY muses about how short our time on Earth is and staying true to one’s values. When you combine his flawless breath control with natural stage presence, BewhY is the complete package.

“The Time Goes on” 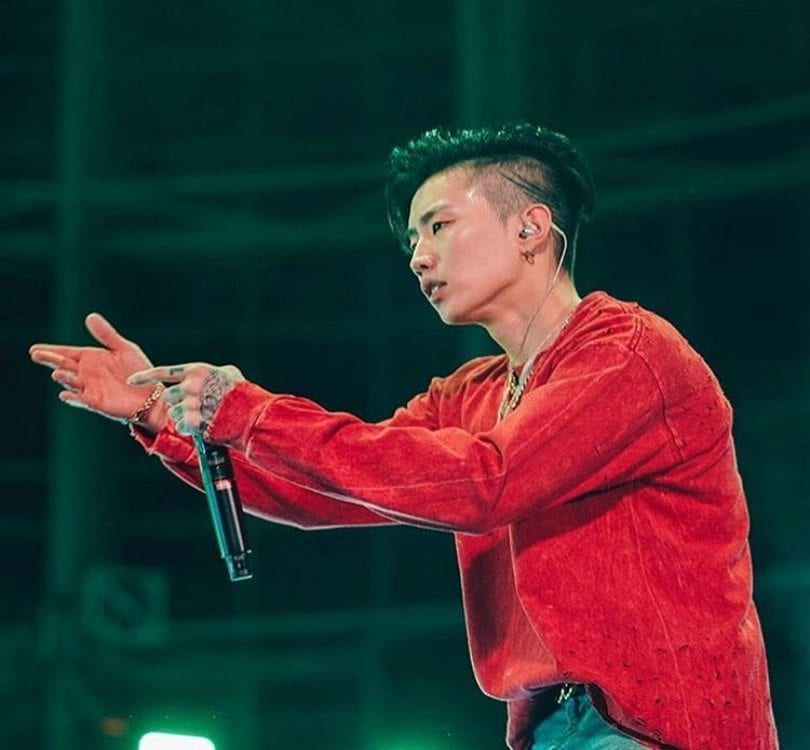 Originally from Seattle, this former idol has transformed himself into one of Asia’s hottest solo acts. Jay’s music background originates from his days as a b-boy dancer and former member of hit boy band 2 pm. He’s also the CEO of his own record label (AOMG) and manages a number of up-and-coming rappers. Even the American hip-hop industry has taken note of Jay’s talents, with Jay Z himself signing Park to Roc Nation. More recently, Park was officially confirmed as a judge on the second season of Asia’s Got Talent.

If there was a Korean definition for the word “swag”, Jay Park would be its embodiment. With his smooth dance moves and sexy, high-pitched voice, Jay has a tendency to make the ladies go wild. You can hear many of his songs blasting at clubs all over Korea. His songs have created a niche for himself as a performer with an American twist. 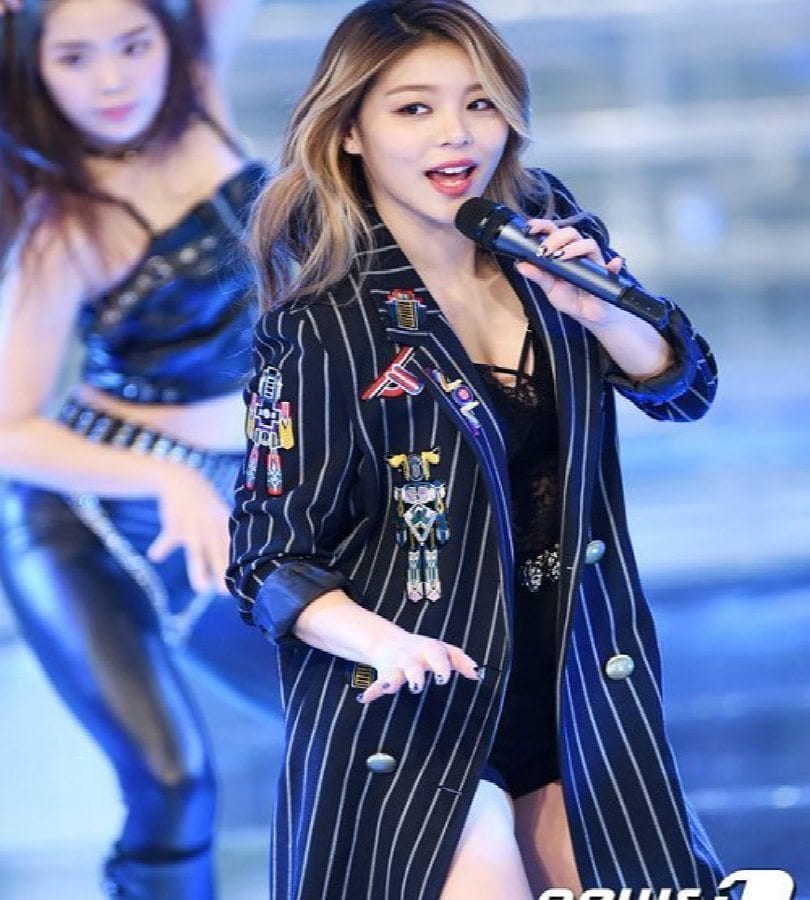 Considered one of the best powerhouse vocalists in Asia, Ailee is originally from the suburbs of New Jersey. After moving to Korea in 2010, Ailee quickly worked her way up the ladder of solo female singers. To date, she’s amassed 44 music awards and performed with the likes of Brian McKnight and Eric Nam. Ailee’s success in Asia, led to WestSide Entertainment (management agency of Nelly and Keyshia Cole) managing her US debut, under the alias A.Leean.

Technically, Ailee is one of, if not the best female singers currently active in Asia. Ailee’s powerful voice has the ability to fill huge venues and her singing style is heavily influenced by American R & B. Her American background allows her to sing in both English and Korean with flawless diction and pronunciation. Although she’s still in the early stages of her career, it’s easy to see why many critics have compared her to other powerhouse vocalists such as Beyonce.

“I Will Show You”

“I Will Go To You Like The First Snow”

Thanks for checking out the article. If there are artists you feel that should have been included in the list, don’t be shy to drop an e-mail!